Professor Her Won-Bin and Oh Young-Sam 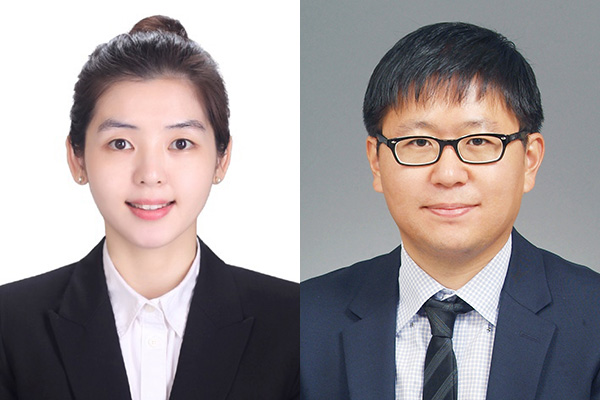 A study found that the degree to which teenage smokers trust the warning images and text on cigarette packs have effects on the reduction in smoking rates.

Professor Her Won-Bin and Oh Young-Sam from the department of social welfare at Pukyong National University, who are experts in addiction and social welfare, published a paper 'Examining the mediating effect of believability on the relationship between social influences and smoking behavior for smoking cessation among Korean youths' in the <International journal of mental health and addiction> (IF: 11.555).

The <International journal of mental health and addiction>, where this paper is published, is a well-known academic journal that ranked first in the field of drug addiction (Journal impact factor/journal citation indicator) as of last year among SSCI-registered journals with international authority.

According to the research results of the professor's team from Pukyong National University, teenagers who truly believe the warning images and texts on cigarette packs are more likely to quit smoking as their fearful feelings are transmitted to their cognition.

As a result of the analysis, it was found that just looking at the warning labels on the cigarette packs caused a smoking reduction effect, and that it worked first on emotions such as fear and horror, and then on cognition (intention to quit smoking), and the key mediator in this process was 'reliability'.

For the negative emotions from the warning images and texts on cigarette packs to act on the smoker's cognition, the smoker must accept it as 'reliable'.

Professor Her Won-Bin said, "The study found that even when friends and family smokers influence adolescents, a stronger belief in the warning image or text of a cigarette pack is more likely to reduce the smoking factor."

Professor Oh Young-Sam said, "This study is meaningful in that it conducted an empirical analysis of how the pictures and phrases of cigarette packs will be used in terms of social welfare and the relationship between addiction and social welfare."